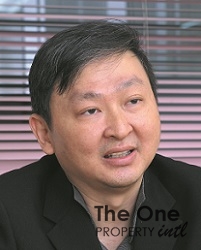 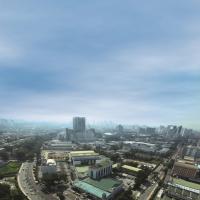 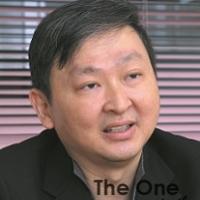 Petaling Jaya was originally developed as a satellite township to Kuala Lumpur back in 1952, and has sprawled so successfully that it was granted city status in June 2006. The administrative area of PJ, as it’s better known, covers a large geographical area that measures over 24,000 acres. In the early days, the township’s housing estates or ‘sections’ were bisected by the Federal Highway, but it is now more accurate to say PJ straddles this huge slab of tarmac, so massive has PJ grown.

For the purposes of this article, the mature and established parts of PJ will be referred to as central PJ in this focus. It is described by the areas that border Kuala Lumpur and are bounded by Sungai Klang to the south, Bukit Gasing Forest Reserve and Universiti Malaya to the east and the Sprint Highway to the north. It includes the neighbourhoods of Damansara Jaya, SS1, SS2, SS23 and Taman Megah, but excludes Damansara Utama, Kampung Sungai Ara, Kelana Jaya and Bandar Sunway. After decades of urbanisation, many of these neighbourhoods have become self-contained townships with commercial areas, schools and other amenities. As a city, PJ’s public facilities and government administrative offices can now be optimised to its population size. Central PJ’s landmarks include Jaya Shopping Centre, Universiti Malaya and Universiti Malaya Medical Centre as well as various public primary and secondary schools.

Executive director of The One Property Group, Stephen Yew, notes that the demographic profile of PJ residents shows a combination of owner-occupiers and tenants. Owners comprise mostly second and third generation PJ residents and those who have moved to the city for better job prospects. Petaling Jaya Pulling them in “The pull factors for this rural to urban migration in PJ can be attributed to several factors, including its strategic proximity to KL (Kuala Lumpur) city as well as the Shah Alam industrial area, where job opportunities are abundant,” Yew says. “There are also plenty of jobs in PJ itself, given the industrial, commercial and office developments here.” Another factor is PJ’s accessibility via various major highways such as the Damansara-Puchong Highway (LDP), Sprint Highway and Federal Highway. Certain areas also have the advantage of being connected by light rail transit. The controversial Kinrara–Damansara Expressway (Kidex) was meant to reduce travelling time between Puchong and Petaling Jaya but this project was ostensibly scrapped earlier this year.

Ping Properties probationary estate agent, Eunice Sua, concurs that residents in PJ are mostly owner-occupiers who have stayed there for more than 30 years. Many of their children have also chosen to remain in PJ and own a home close to their families. Section 13 Stephen YewDue to its maturity, PJ, and central PJ especially, has a scarcity of vacant land for new developments. The alternative is to redevelop areas where older buildings make way for new projects. Such redevelopment projects are currently focused in Section 13, which is slowly being transformed into a mixed-use development enclave. This is a result of the Majlis Bandaraya Petaling Jaya (MBPJ, or PJ City Council) working with landowners to unlock the full potential of what was originally a light industrial area. Some landowners have cashed out while others are redeveloping their parcels to realise the value of their assets.

According to the MBPJ Special Area Plan (Rancangan Kawasan Khas, or RKK) for Section 13, the area covers 101.96ha and is served by three major roads — Jalan Universiti, Jalan Kemajuan and Jalan Semangat. The “pioneer” developments in Section 13 that have benefited from the conversion of their land status from industrial to commercial land include the Jaya33 integrated development and Plaza33 office development by Jaya33 Sdn Bhd, and Tetap Tiara Sdn Bhd’s Jaya One. Pelaburan Hartanah Bhd bought Jaya33 for RM324 million or RM725 psf in 2013. Recently completed projects in the area include the 85-bed Columbia Asia Hospital-Petaling Jaya on Jalan 13/6 and Inspiration Group’s RM500 million integrated development called centreSTAGE on Jalan 13/1.

There are currently several pending and ongoing projects in Section 13, most of which are mixed-use developments with a residential component. Projects under construction in Section 13 include Island Circle Development’s Pacific Star and Pacific 63. The former comprises two office blocks (14 storeys and 17 storeys), three blocks of serviced apartments (25 to 34 storeys) and 33 retail units. Pacific 63 is a 21-storey office tower. Eunice SuaOn Jalan Semangat, Symphony Life Bhd is developing a 21-storey office block on the 1.78- acre site next to Jaya 33. With a net lettable area of 269,000 sq ft, it is scheduled for completion by the first quarter of 2018 (1Q2018).

Fraser Square, on the 12.71-acre plot where F&N Dairies Malaysia’s manufacturing plant was located. Fraser Square will comprise three residential blocks, a retail mall with an adjoining hotel and boutique offices, a corporate office building and a block of soho units. On Jalan Universiti, Paramount Corp Bhd will develop a mixed-use development on a 5.2-acre parcel next to Sin Chew Media Corp Bhd. It will comprise four office towers with a net floor area of 262,000 sq ft, two residential towers of 590 units, and about 78,000 sq ft of retail space.

Next door to it is a parcel owned by PJ Development Holdings Bhd, where the DKSH office and warehouses used to be. The company has yet to announce any plans for the parcel. However, Sua doesn’t expect young families to move into these new projects. “Young families here still prefer mature areas with amenities, such as SS2 and Taman SEA. These projects will mostly attract the young, single working population,” she says. The German School of Kuala Lumpur Growing prices Non-landed homes in central PJ run the gamut, from low-cost flats to luxury condominiums. Generally, the central area north of the Federal Highway offers higher-end homes than the southern parts of central PJ. Sua notes that condominium prices in PJ, in general, have been stagnant. “This is because owners believe in the value of the area and are firm on the price tags. The maximum discount they will give is just around 5%,” she adds.

Based on theedgeproperty.com’s analysis of transactions in central PJ, the average price of non-landed homes has grown, despite some volatility. The average price per sq ft in 1Q2013 was RM288 psf, on the back of a larger-than-usual number of low-cost transactions. However, the average price and number of transactions subsequently surged in the following quarter to RM373 psf, due to a large volume of transactions from new completions then, which included the luxury Five Stones in SS2 and 1120 Park Avenue in PJS1. A year later in 3Q2014, the average price for non-landed homes in central PJ went up to RM414 psf, a y-o-y increase of 10.6%. This followed strong growth of 28% in the preceding year. However, transaction activity softened considerably in 2014. Total transaction volume for the 12 months to 3Q2014 dropped 35.2% to 728 units, from 1,124 units in the preceding year. More than half (63.7%) of transactions during the period under review fell into the below-RM500,000 segment. The RM500,001 to RM600,000 price range accounted for 10.7% of transactions, while 7.4% of transactions were for properties priced above RM1 million. Jaya Shopping Centre By average transacted price per unit, the most expensive project as of 3Q2014 was Five Stones in SS2, at RM1.58 million.

Catering to the affluent buyers with large units, most of its transactions were 4-bedroom units of between 2,200 and 2,700 sq ft. The next-most expensive projects in central PJ were Li Villas (RM1.13 million) and Ameera Residences (RM1.02 million). Developed by Selangor Dredging Bhd, Five Stones is located down the road from SSTwo Mall and Ameera Residences, Jasmine Towers, Damansara Bistari and Ken Damansara III. This stretch of road is expected to become more bustling with the construction of the commercial project,

The Hub @ SS2, and the redevelopment of SSTwo Mall. By average price per square foot, the most expensive projects in central PJ were Tropicana City Tropics (RM890 psf), Amcorp Serviced Suites and Li Villas (RM732 psf), and Five Stones (RM678 psf). Tropicana City Tropics is part of Tropicana City Mall in SS2, which has easy access to the LDP and NKVE highways. It offers compact units of between 624 sq ft (2-bedroom unit) and 1,176 sq (3-bedroom loft). Hence, the average absolute price per unit here remains relatively low at around RM616,000.

The least expensive projects in central PJ are found at Taman Desaria, PJS2, PJS3 and PJS4, led by the low-cost flats at Taman Desaria (RM65,000) and Taman Medan Cahaya (RM67,000). These two developments are also the least expensive non-landed homes in central PJ by average price psf. In the 12 months to 3Q2014, some 33.8% of secondary transactions occurred in the RM401 to RM600 psf segment, and 11.6% in the RM601 and RM800 psf segment.

Some medium and high-end condos can be found at Park 51 Residency in Sungai Way (RM424 psf) and 1120 Park Avenue in PJS1 (RM450 psf). These developments were completed two to three years ago. Looking at asking rentals as at June 2015, indicative yields can range between 3.9% and 7.1% per annum. Paramount View has the highest rental yields at 7%, as its capital values are affected by its proximity to LRT tracks and power lines. Its average transacted price in June 2015 was RM364 psf. However, on the flip side, the rental market here is buoyed by its proximity to the Taman Paramount LRT station. The average asking rent here was RM2,028 or RM2.12 psf in June 2015, according to theedgeproperty.com.

Projects located closer to Kuala Lumpur city centre and the Federal Highway also generate decent rental yields, such as Amcorp Serviced Suites in Section 52 (6.6%), Ehsan Ria in Section 11 (6.1%) and The Istara, also in Section 52 (5.3%). Yew of The One Property Group says the rental market in PJ is a stable one in general, in terms of rates and demand. “On average, we can expect yield returns of 3.5% for condominiums and serviced residences in PJ,” he says. Property negotiator at Vivahomes Realty, Willa Wong, says investors can expect a rental yield of 4% to 5% from a PJ condominium.

“There are German tenants staying at Five Stones and Li Villas because there is a German school nearby,” she adds. Outlook Wong believes that scarcity of land in PJ will make new developments in central PJ a rarity. “Any new developments will be mostly high-rise because of land scarcity,” she says.

Meanwhile, although Yew is concerned about traffic congestion, high density and an ageing population in PJ, he is positive on the outlook for the property market in central PJ, particularly Section 13, due to its accessibility, amenities and demand for its properties. “Majority of the residents in PJ are from the medium and upper income groups,” he says. “The affluent and professionals prefer a PJ address and like to live in PJ areas. Besides, the second and third generations of the original residents here will often choose to live in PJ in order to be closer to their families.”