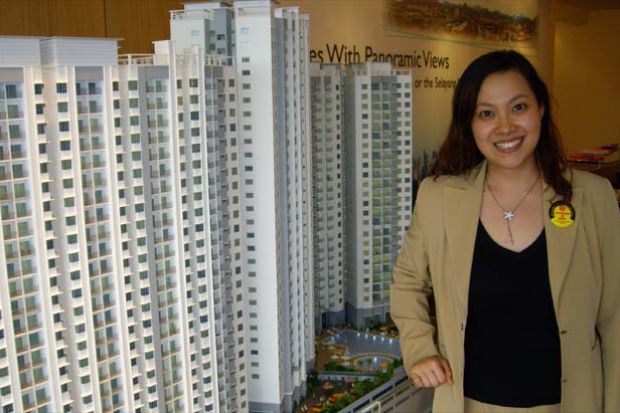 ‘Next market high’ for property seen in 2018

A combination of pent-up demand, improved buyer sentiment and overall business environment is expected to spur the local property market to its “next market high” in 2018. PPC International Sdn Bhd chief executive officer Siva Shanker said conditions have been improving albeit slowly, with the implementation of the goods and services tax (GST) not really having much of an impact as originally expected. “GST came and went and everyone is still carrying on. But the general perception is that business is slow. When things are slow, the first thing that suffers will be property, because it is a big-ticket item.” Siva said property transactions, not prices, have been spiralling since 2012. “But we believe things (transactions) are improving already and we expect 2018 to be the next market high,” he said. SK Brothers Realty Sdn Bhd general manager Chan Ai Cheng believes the market would bounce back as soon as the Government decides to “boost the sector,” namely, measures promoting the industry. “We hope the market will return within the next two years,” she said. Chan admitted that property transactions this year have been a little slower compared with the same period in 2014. “From our marketing activities and road shows so far, it (transactions) has reduced compared with last year. There’s a bit of hesitation. She added that the central bank’s tighter lending rules has had an impact on transactions. “Year-to-date bookings have been about the same as last year, but conversions into sales are not the same.”

An AmResearch report last week reaffirmed an “overweight” outlook for the local property sector. “While we expect residential prices to continue moving sideways in 2015, a return of pent-up demand towards end-2015 – barring external shocks – is possible as the market is still awash with liquidity. “Besides that, property cooling measures and post GST impact appears to have already been priced-in, given the steep 52% discount that property stocks within our coverage currently trade at vis-à-vis their respective net asset value.” In terms of property sub-segments, Siva feels that high-end condominiums are oversupplied within the Klang Valley. “With that, owners will have problems selling. The landed (residential), industrial and commercial sectors, I believe, will be alright.” He said the office subsector was also oversupplied - but added that it wasn’t a worrying situation. “In the short-to-medium term, the oversupply will be absorbed. This is normal. Not every building will be fully taken up - it usually takes a while to get tenants anyway.” In terms of pricing, Siva said secondary property prices were between 20% and 40% cheaper than new launches. “It’s the secondary market that’s doing better now. But the focus should be on affordable homes, namely those below the RM500,000-range. “Landed property within this price range is grossly undersupplied,” he said.