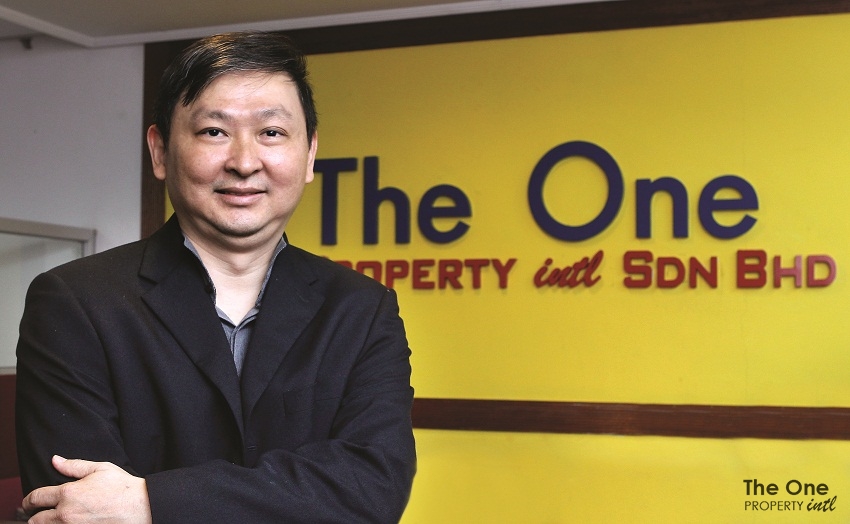 "WHY I gave up the position of a bank manager to become a real estate negotiator?” asks Stephen Yew (pictured), amused by the question posed to him. The co-founder and executive director of The One Property International Sdn Bhd taps his finger on the table as he recalls how he gave up the stable job that many would envy. That was 16 years ago. “I guess… that was the day I realised that I would never get to own a bank even if I worked my whole life there,” he laughs. “I’m a very career-minded person,” he says in earnest. “I was determined to own my own business and company. I believe real estate allows me to chase after my dream.”

Yew joined Hong Leong Bank as a mortgage sales executive after graduating from Universiti Kebangsaan Malaysia. It was then that his interest in real estate was piqued. Five years of hard work in the bank saw him promoted to team manager, and arrive at a personal turning point.

“I asked myself what I really wanted and where I will end up if I continued in the banking line. I realised I wanted to start and set up my own business — that was what I really wanted to do. Without much of a second thought, I sent in my resignation letter and started a whole new career as a real estate negotiator,” Yew recalls.

What was going through his head then? There wasn’t much difference between the occupation he was leaving and the one he was taking up. It had to do with repossessing his own time from his employer, and getting paid a commensurate amount for his work. As Yew puts it: “Basically, being a mortgage executive and real estate agent are both sales jobs. Just that in real estate, one gets paid on what has been invested, while in banking, you are provided a stable income.”

Yew primed himself mentally, physically and financially before turning himself into a full-time real estate negotiator in 1999, right after the Asian financial crisis. “I believe that luck was with me… Starting my real estate career at that time was not my plan but it was good timing for a newcomer like me ... It was not difficult to close a deal because that was a buyer’s market. Almost all sellers took whatever buyers offered,” Yew says.

So encouraged, he decided to pursue a degree in valuation surveying, and later obtained the real estate agent licence with his ex-colleague, Soh Boon Chen, before they co-found the agency firm in 2007.

“Soh and I met while I was working with the bank. He was on the bank’s panel of solicitors. We became good friends and share a lot of common views on different things. I somehow convinced him to forgo his legal career to join me in pursuing my real estate dreams,” says the persuasive Yew with smile.

They sat for their real estate agency exams together – and passed in 2006. “That was crazy and I swear not to do it ever again. I could have ended up ruining a lawyer’s life and career if we hadn’t made it!”

In 2007, after four years of degree course, two years of probation and several interviews, Yew could finally registered as a licensed property valuer and consultant. “I knew I couldn’t just stay a negotiator. I had been thinking about how to develop my career in the industry and thought it would be good the company could offer something more than agency service,” Yew says.

In the same year, Yew and Soh made their dream come true by co-founding their agency firm, The One Property Sdn Bhd. Soh now manages the company’s legal affairs.

Four years later, Yew and Soh upgraded the company with property valuation service and restructured the company by forming The One Property Group by integrating The One Valuers International Sdn Bhd, The One Property International Sdn Bhd and The One Realty Management Sdn Bhd. They had grown the business from one office to four in the Klang Valley, with about 100 full-time negotiators.

The goal is to be an international property consultancy group with regional offices in Singapore, Hong Kong, China, Indonesia and Australia. “Soh and I believe that globalisation is the new business order. We are looking for opportunities to form affiliations with renowned international property groups,” Yew reveals.

Social media has lowered the barriers to entry Yew notes the industry has changed massively since the introduction of social media. “Consumers have become more tech savvy and thus real estate marketing approaches and methods have also changed. The agency business has changed too. More than 10 years ago, real estate agencies mainly covered the secondary market and the industry was dominated by middle-aged agents and negotiators. Now, the segment has expanded to cover the primary market as well, and these changes have attracted more young people,” Yew observes.

He explains that starting a career as an agent is easier by selling a primary market product because it does not require as large a network of contacts, while sales training for the product is provided, all of which have lowered entry barriers for young people to join the industry.

“As the industry becomes more professional and sophisticated, it is critical to rope in the young and equip them with the necessary knowledge and training. There are a lot of real estate training and development programmes, seminars and courses available now for young people to sharpen their skills,” Yew says.

He advises newcomers to identify their preferred market niche to survive in the business. “The property sector is wide and comprises different locations and segments such as commercial, residential and industrial. Different agents have different backgrounds, working experience, contacts, talent and passion. They are advised to carry out their own self-assessment to match their talent to the right niche or segment,” says Yew. “As the saying goes, the sky’s the limit in terms of compensation and income. The career path is also bright if you follow the academic path to obtain your professional licence and be your own boss one day!”